Translations for the sports and sporting goods industry 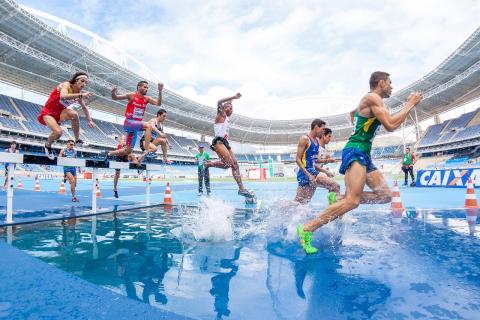 From the Latin word disportare (to disperse), the term sport developed into our modern language.

However, the modern term sport only came into being in England in the 18th century and was first used to describe simple physical exercises that were already known in ancient times.

In 1863, the English founded the first football league and this competitive sport spread worldwide in the modern age.

In 1894, the Olympic Games were revived and the idea of sporting competition quickly spread around the globe.

At the beginning of the 20th century, the term sport was associated with more and more forms of competition, together with exercise that followed certain rules and differed from exercises, for which no measurement of performance was made.

Today, there are countless sports, some of which are strongly culturally influenced. New team and individual sports are discovered regularly and often end up becoming a trend, before being recognised as an Olympic event.

It is not only events such as the Olympic Games and the Football World Cup that end up in the news all over the world.

Every interview with a favourite sportsperson is translated and printed directly in several languages or presented in the news. For several decades now, more and more regional sports have been conquering the globe, providing excitement and entertainment for players and viewers alike.

Unusual events, such as the famous cheese race from England, have been readily accepted and enrich the world of sport, which is above all colourful and subject to constant change.

The language of sport is usually understood internationally, but when it comes to detailed information, translations are an important element for communication across national borders.

Complex contracts in the world of sports allow young talents from all over the world to become active for their favourite clubs and many websites deal with the topic of sport from many different angles at an international level.

Visitor information for major events is translated into different languages and state-of-the-art sports equipment needs information in as many languages as possible to be sold successfully worldwide.

Professional business translators with specialist knowledge convey not only the necessary information but also the feelings inevitably associated with every sport, thus supporting a lasting interest.