The five most spoken languages in the world 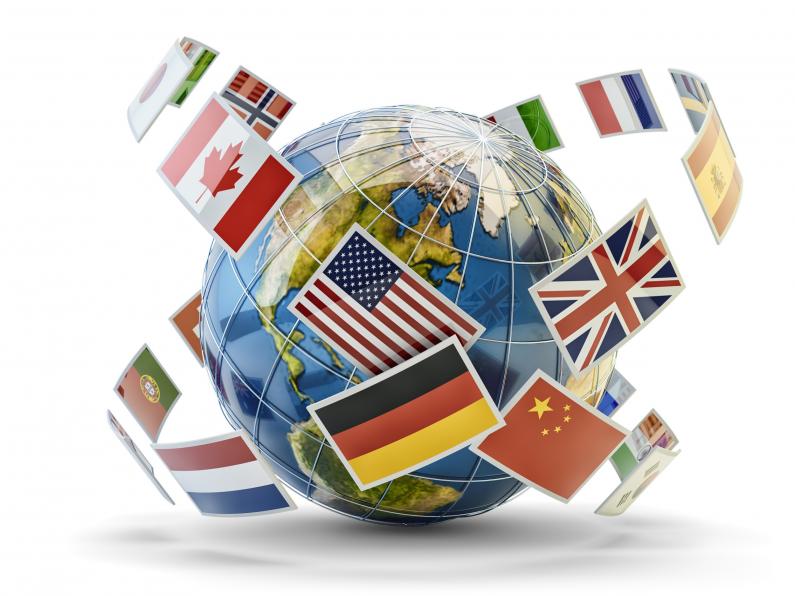 Below, we take a look at the five most widely spoken languages in the world:

Mandarin is, to this day, the most widely spoken language in the world, with 1.120 billion native speakers. It belongs to the large family of Sinitic languages, along with Wu, which is widely spoken in Shanghai (77 million speakers), Cantonese, Min, and Xiang with 36 million speakers, and Hakka and Gan with 31 million speakers. Contrary to popular belief, not all Chinese therefore speak Mandarin. Geographically, Chinese remains the official language in China, Taiwan, Singapore, and Malaysia.

The second most spoken language in the world is none other than Spanish, with an estimated 460 million native speakers. It is the official language of the majority of Latin American countries in addition to Spain, and a significant part of the North American population. Spanish is widely spoken in Bolivia, Argentina, Ecuador, Cuba, Puerto Rico, and Mexico, and even in Equatorial Guinea, which is the only African country to have Spanish as one of its official languages alongside French and Portuguese.

Unsurprisingly, English is the third most spoken language in the world, with 380 million people using it as their mother tongue. Moreover, it remains the world's leading language if you also consider non-native speakers. More than 1 billion people speak English as a second or third language and its use is particularly important in business, travel, and international relations. More than 50 countries use English as an official language and it is also an official language in at least one country on every continent. In developing countries, fluency in English can be seen as a sign of success.

Fourth place goes to Hindi, with its 340 million native speakers. Although India has 23 official languages, the main one is Hindi/Urdu. It is mainly spoken in the north of the country as well as in Nepal and a large part of Pakistan. Hindi is written using  the Devanagari script, whilst Urdu is written using the Arabic-Persian script.

Arabic is fifth out of the most spoken languages in the world, with the number of native speakers amounting to 319 million. Originating in the Arabian Peninsula, Arabic has several dialects that are not necessarily compatible with each other and the dialects do differ from one another. However, for convenience they have been grouped together under the term "Arabic language". The dialectal Arabic spoken in Morocco is therefore not identical to that spoken in Syria. It should also be noted that classical Arabic is considered the sacred language of Islam and during prayers; the Koran is only recited in Arabic.

Your questions and answers about the top five most spoken languages in the world...

According to a study carried out by the investment bank Natixis in 2013 and a projection by INED (French Institute for Demographic Studies) which foresees an increase in the African population, it is highly likely that French will become the most widely spoken language in the world in 2050, ahead of Mandarin and English. However, Forbes pointed out that this study only considered, as French-speaking, the inhabitants of countries using French as an official language.

Taking into account the number of entries in the dictionary, English comes out on top, with more than 200,000 words listed in the Oxford English Dictionary. Of these, 171,476 are in use, while 47,156 words are considered obsolete.

Mandarin Chinese will undoubtedly be the language of the future and for several years now, the study of this language has really taken off. In addition to being the mother tongue of more than a billion people, it is also the language of a country with important demographic growth. The second most popular language in the business world, Mandarin will certainly surpass English in the future thanks to the importance of Chinese economic activity in a variety of sectors.

The editorial team, which is led by the founder of the group to which Alphatrad UK belongs, consists of experts who specialise in language services. Our goal is to regularly provide you with articles related to translation and language services, which will help you with your language services’ needs.